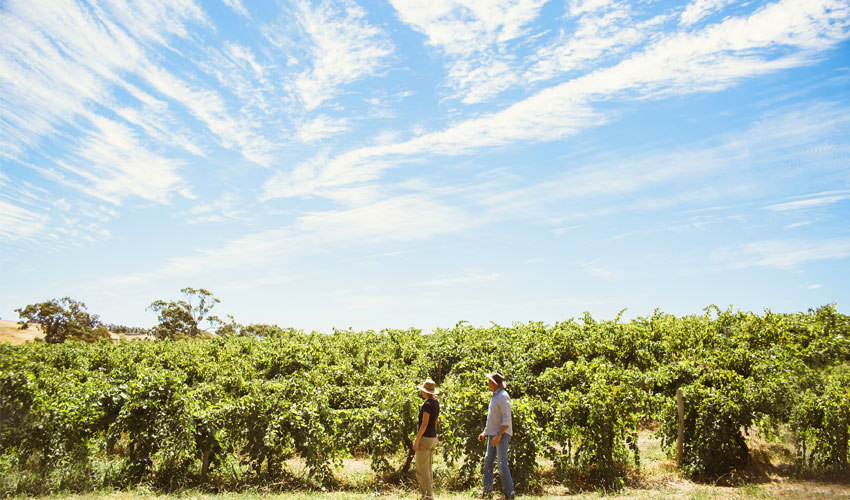 Emily’s Paddock: three hectares of Shiraz including around five percent Cabernet Franc, yielding about two tonnes per hectare (14hL per hectare). Planted in 1975/76.

Cornella Vineyard: four hectares of Grenache planted in 1998 with yields of around three tonnes per hectare (20hL per hectare). Unfortunately this vineyard was burnt out by a bushfire in 2013 and was never replanted.

All vineyards are planted on their own roots, to retain purity of style, rather than grafted on to Phylloxera-resistant American non-vinifera root stock.

The vines have a sunny, open, balanced canopy that keeps fungal diseases at bay and eliminates the need for summer pruning, leaf plucking and crop reduction. All picking and pruning is carried out by hand.

All vineyards are unirrigated and rely on natural rainfall only.

Are you over 18? To enter the Jasper Hill Vineyard website you need to tell us whether you are over 18 years old.